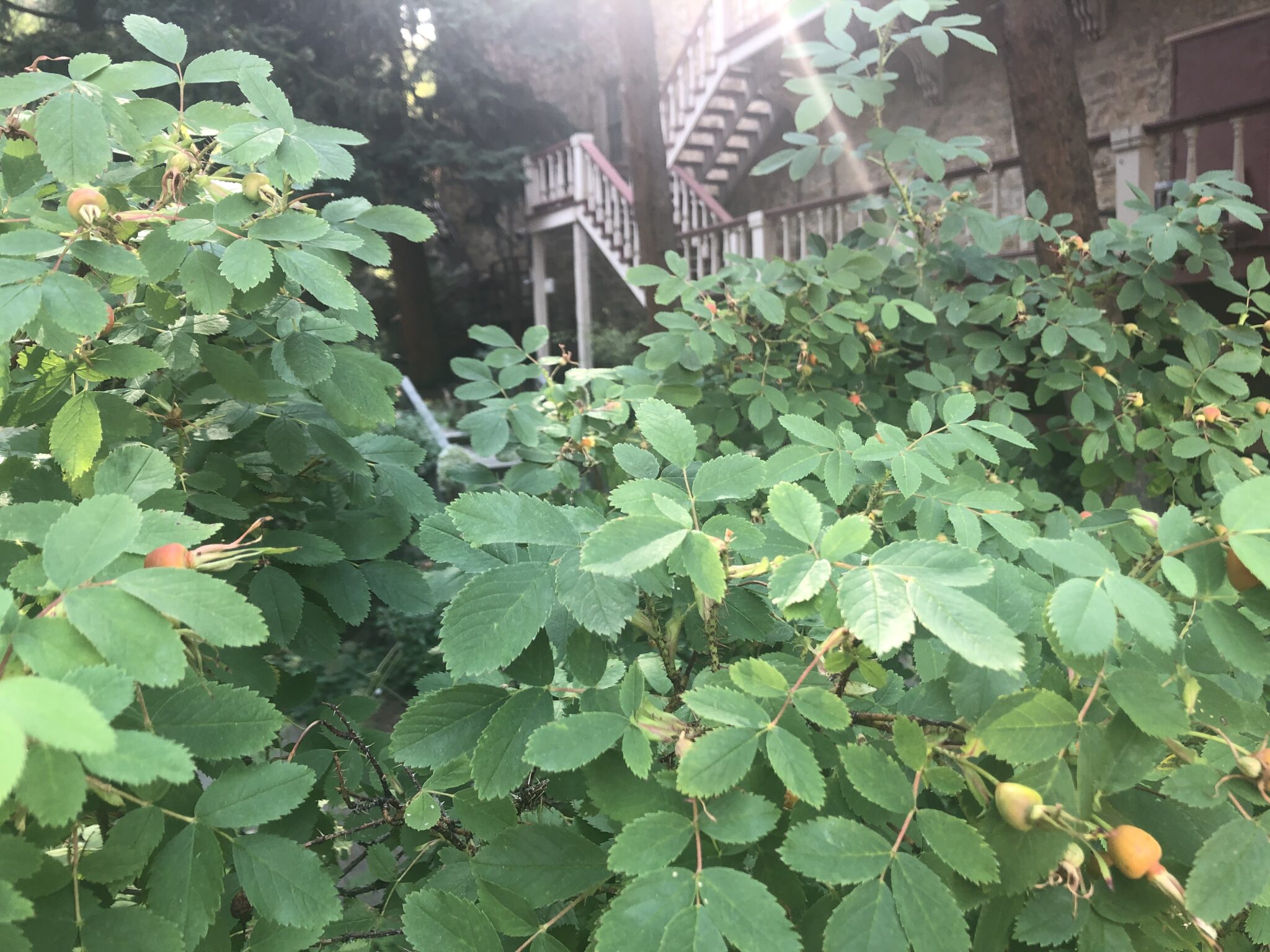 rose hips of a Virgo moon

The Sun will enter the mutable Earth sign of Virgo on August 22 but I can already feel its orderliness as the Moon moved into Virgo this morning following yesterday’s New Moon at 26 degrees Leo. The Moon moves very quickly through a sign, just 2 and 1/2 days. That’s why, if you’re attuned to the Moon’s movement through the constellations (and even if you’re not!) you can feel your own emotional states flow and change as the Moon’s expression changes. The Moon will move through the entire zodiac in its 28 day cycle (almost a month) so too will you notice that you are more present and productive on some days more than others.

With Jupiter in the early degrees of Virgo in my birth chart I always feel more expanded when Virgo energy predominates and after a lazy Leo time I feel revitalized as summer leans into autumn. Yesterday as I drove around the beautiful mountains where I am visiting this month to visit the mules I’ve become smitten with I did see some yellowing leaves on the aspens, a sure sign of the dry end of summer and the whisper of fall. Look to where Virgo sits patiently in your chart and know that as the Moon and soon the Sun moves over this part of your chart you will feel the calm and orderly nature of Virgo.

Virgo is deeply in love with the Earth. the Divine Feminine rejoices in her love. 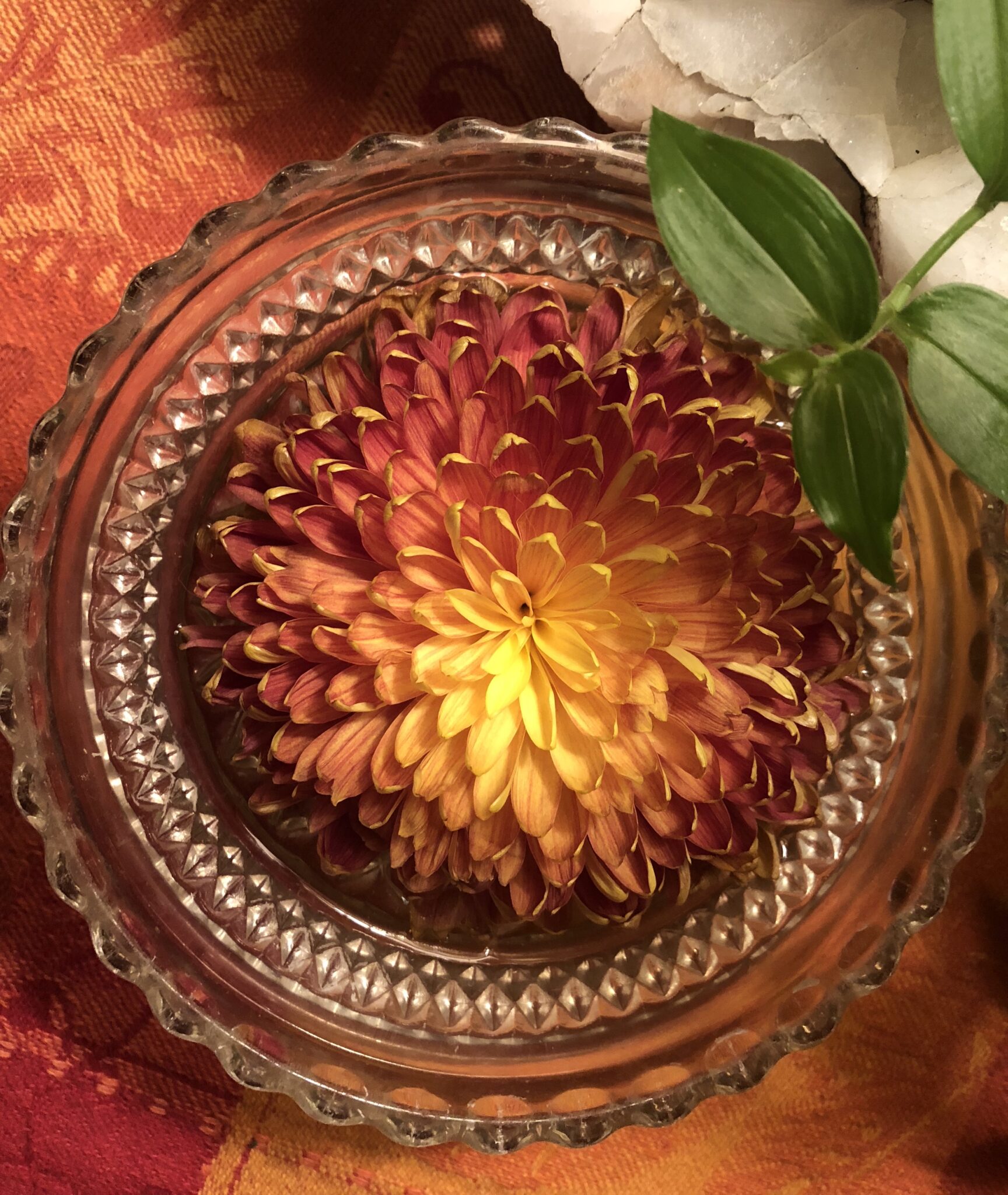 Mars in Aries – hot and hard to contain

Buckle up, star gazer, Mars will be transiting the hot and fiery first fire sign, Aries until the 5th of January 2021.  Mars’ retrograde period will be September 8 through November 14. What?! Yep, that’s right. Mars is in the hot, impatient sign he rules for the rest of the year. I need a cool plunge just thinking about it. No need to remind those of us living near raging fires, so Mars in Aries. The smoke-filled skies, usually so crisp and blue, are ongoing reminders of the explosive, incendiary nature of an Aries Mars. And yet another reason to stay indoors. And another use for our masks.

Where Mars is transiting your birth chart is where you are feeling the impatience, the drive, the call to action and the frustration when that energy is curtailed. Mars doesn’t take well to being curtailed in any way. Mars must be given an outlet, a channel to move this dynamic, excitable energy. If Mars doesn’t have a healthy outlet that same energy can become pretty aggressive. And we all know how distasteful are the consequences of impulsive, knee-jerk reactions, not to mention harmful.

Mars is a present moment planet. Courageous, risk-taking, never-say-no to a challenge, Mars has the energy of the young knight eager to risk it all for the glory of the challenge. Mars is totally in the NOW for it is only in the NOW that you have the ability to take action. And Mars wants action. The past and present are fantasy realities and Mars in Aries must know the present reality and be in it fully in order to take the best action possible.

Look to where Mars is moving in relation to your birth chart to see what it being activated and what risks need to be taken in the very moment of NOW. Mars’ retrograde period, September 8 through November 14 moving from 28 degrees Aries all the way back to 15 degrees Aries will be an intensified period of Martian influence. Keeping cool in all potentially heated situations is a must! call in Venus and the balancing energy of the Divine Feminine for all Martian overloads. Call them in NOW. 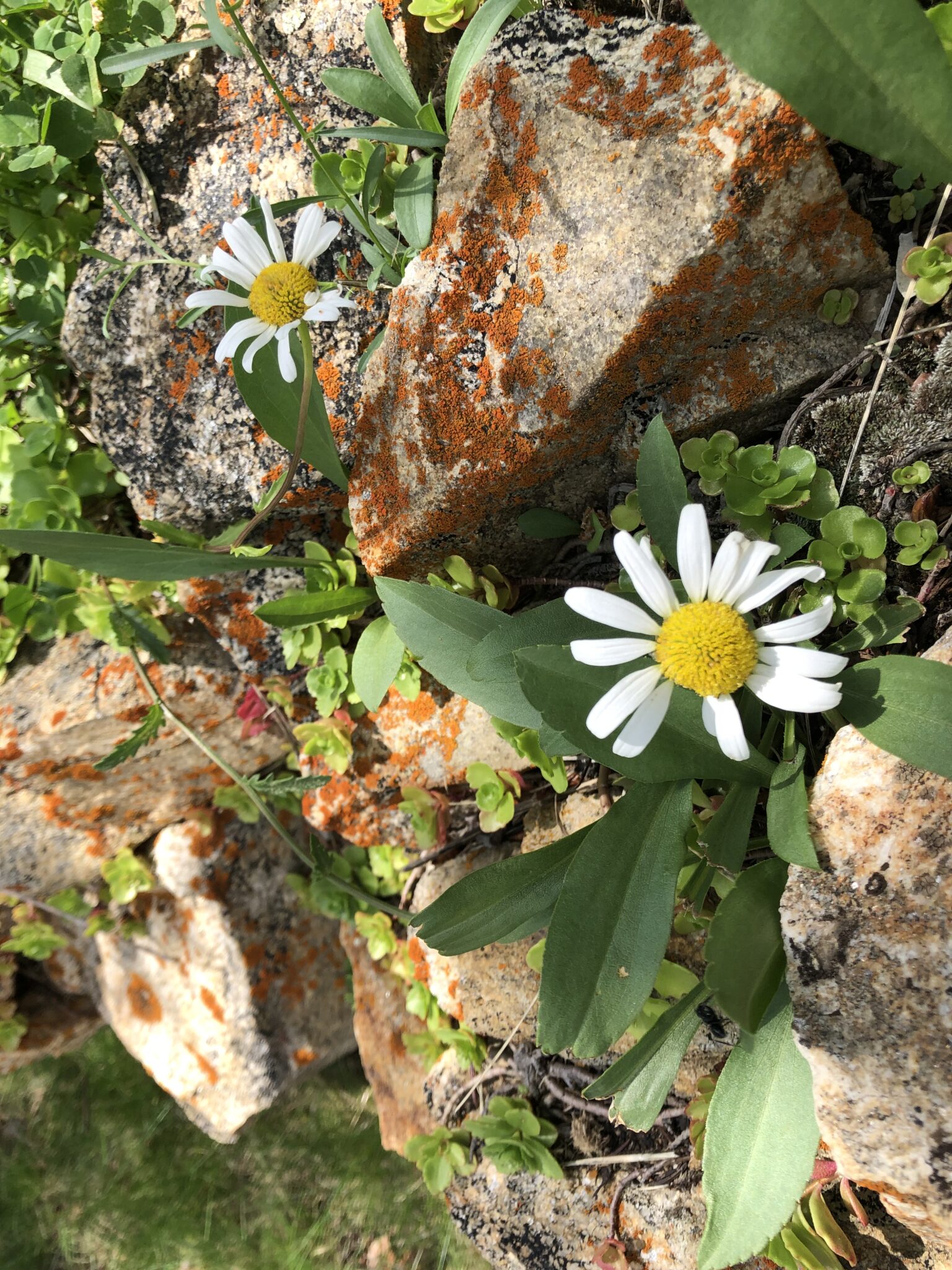 We are approaching the New Moon of Leo, the very essence of creativity, the birthday, as it were, of our great central Sun. Leo is the sign ruled by the Sun and embodies the essential core energy to CREATE! You were born to create. You create every moment of your reality, every aspect of your experience. You may think that things happen to you and, of course, we exist in a universe that is in a constant state of change, and so too you create reactions and responses to your environment moment by moment. You are creating with every breath, every choice you make. You create with tools and ingredients already present and you create new tools and ingredients as you move along on your journey. You create from thought. You create from emotions. You are in a constant state of creation. That is the nature of life.

So the question is: what will you create in this very moment of the present NOW? Are you creating out of pre-programmed responses or will you forge ahead with your unique vibration, your unique song, regardless of the outer circumstances? This is the gift of LEO. The urge and imperative to create is so embedded in your nature that you cannot help but to continually create.
The New MOON each month opens the door to what has yet to be created. Peek inside and see what LIFE inside of you is yearning to burst forth to be experienced. Clouds may come. Storms appear. The Sun still shines, even if you cannot see it, you know it is there. Even in times of despair, confusion, and shock – the storms of life – your creativity still shines, even though you may not see it. Seek out your creativity. If you have become disconnected from your core creative energy, reconnect. Do something playful and fun, just because you are alive. The storms of change are raging around us but that should not deter you from finding the joy in each moment. That is the creative process – to connect with the joy of your essence – your creative core, no matter what.
Mercury is conjunct this New Moon at 28 degrees Leo. The LEO mind is so focused on creativity, joy, and playfulness it cannot consider any other path. Leo is warm and generous, heart-centered. If your conversations and connections have veered from heart-centered, move them back. The more you stay in your loving heart the more you will enjoy the necessary chaos of this moment. 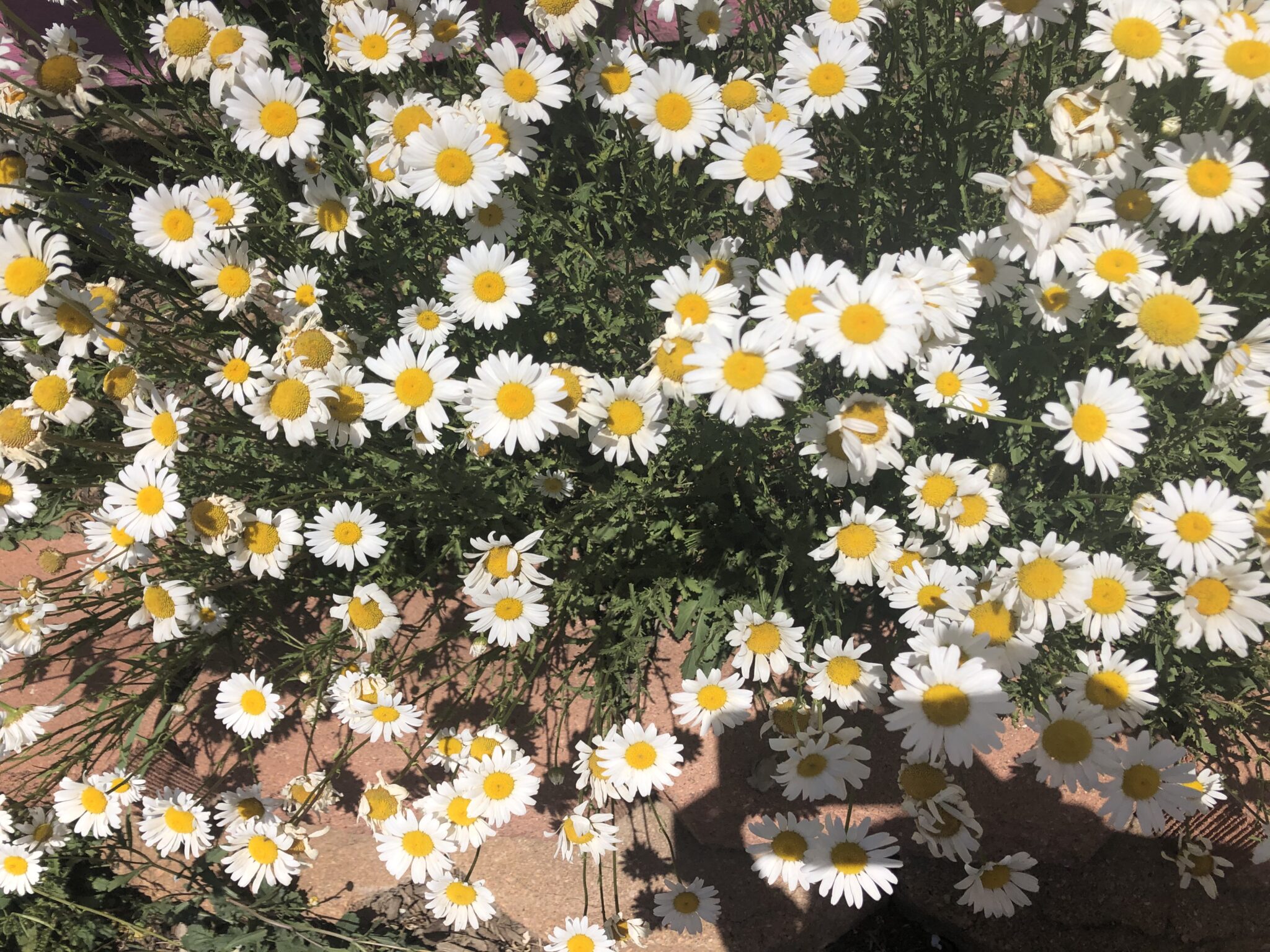 Uranus stationed RETROGRADE a few days ago and will be moving retrograde from 10 degrees Taurus back to 6 degrees Taurus over the next 5 months. Retrograde planets move very slowly and focus their energies on the degrees they are visiting and revisiting. Uranus in Taurus is bringing intense and unexpected changes in very concrete, you can’t ignore it ways – clearly! Staying centered in the calm core of your essential creative self is the key to riding this wild wave of revolutionary change. Remember you chose to incarnate for this ride so get into it! It’s your ride! For more insight and info on Uranus retrograde check out yesterday’s blogpost Uranus retrograde

Seek out beauty, calm and LOVE as you navigate your way through these days of change. I was hanging out with a 4-year old the other day and as we were approaching a steep stairway she demanded, as only a 4-year old can, “Hold my hand!” Reach out for a hand. You are not alone. Even a 4-year old knows this!
creativity, Mercury in Leo, New Moon, New Moon in Leo, the Sun, Uranus retrograde
‹1234›»