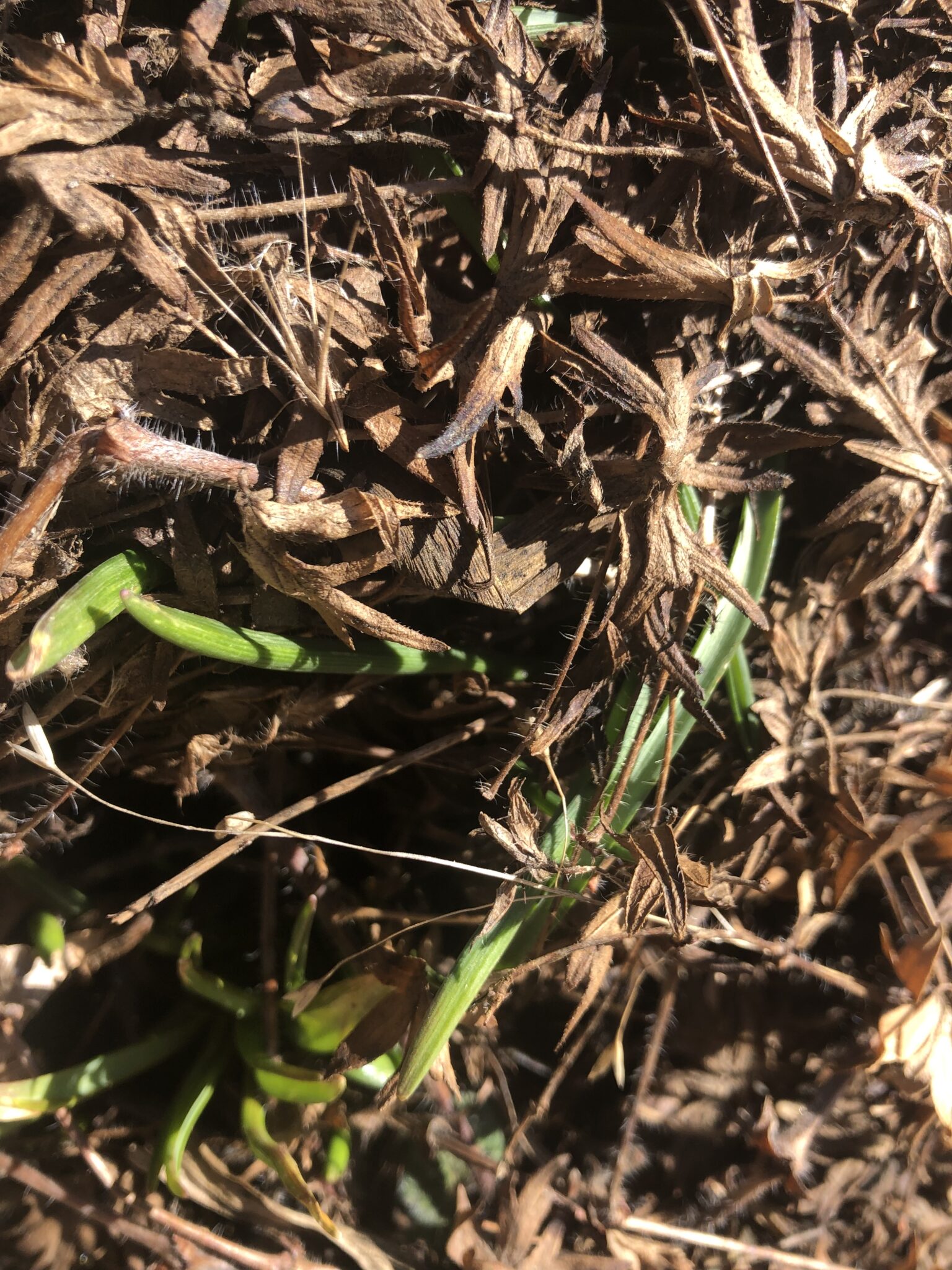 Wandering around looking for miracles I spotted some tender foliage busting through the almost Spring earth. I was particularly struck by how undamaged, fresh, green and vital were these young shoots. In my mind I had always envisioned that the leaves themselves broke through the soil but in closer examination I realized that undamaged leaves would be an impossibility if the leaves themselves had to break through hard, just thawing soil. When I looked closer I saw that the ground around the emerging shoots had fissures and cracks and that the leaves were growing up through the fissures. Ah ha! Perhaps it is the vibration given off by the growing tips that creates movement in the earth, creating breaks just big enough for the new young shoots to bust on through. This was not an action born of strength but of vibrational shift triggered by changes in light and temperature. The planet ITSELF was vibrating enough to break up the earth! woohoo! This is exactly how we grow. When our vibration is activated high enough we make a change towards our growth edge. We emerge. Some part of us – fresh, new, tender and vulnerable to the elements, eager to reach the light, open to welcome the warmth of the promise of living our day in the sun.

Venus and Mars are traveling in tandem these days until Venus shoots ahead later in the month. Venus is what and how you attract. Mars is where and how you take action.They have been traveling together through Capricorn and, as Capricorn is ruled by Saturn, much heaviness, duty, and responsibility have been front and center, especially in the areas of your chart where Capricorn falls. Now that this divine duo have entered Aquarius their influence will be felt as more erratic, even chaotic, as the NEW is making its way onto the scene, displacing and often upsetting the OLD – the growth edge of the new vibration. We each are making fissures, openings, in our protective surface to allow the NEW to bust on through. Way more on this miraculous process in my ebook ILLUMINATIONS.
Before Uranus was discovered in the 1780’s Saturn was considered to be the planetary ruler of Aquarius; Saturn ruled both Capricorn and Aquarius. With Aquarius there is a flavor of the group, the community, the family of sentient beings which we share with all other sentient beings on this gorgeous planet. So as Venus and Mars move through Aquarius – Venus will be transiting Aquarius until April 5th; Mars will be transiting Aquarius until April 15th – the Aquarian energy of liberation through upset and change will be playing out somewhere in your chart, impacting the planets that are hit by their movement, playing out in the house of your chart they move through.
In the ancient astrological traditions chart interpretations Saturn was the outermost planet, even though today we now know about Uranus, Neptune, and Pluto, the outer planets. Uranus, the higher octave of Mercury, became the ruler of Aquarius. Neptune, the higher octave of Venus, became the ruler of Pisces. Pluto, the higher octave of Mars, became the ruler of Scorpio.
The higher octave, outer planets have longer cycles and can be clearly tracked in the events of societies, countries, and evolving consciousness. Uranus moves through a constellation every 7 years. Uranus is at 11 degrees Taurus today. Neptune moves through a constellation every 12-13 years. Neptune is at 22 degrees Pisces today. Pluto can take 16-17 and sometimes more years to move through a constellation. Pluto is completing its transit through Capricorn, at 28 degrees, playing out on the world scene. Venus and Mars, so close to Earth, move very quickly and so we may experience their influence on a personality level. Outer planet movement are more like longer-term weather systems passing through to which we must accommodate and adjust.
Uranus is very busy these days confronting the OLD. Nowhere is the OLD clearer than in this tedious and horrifically destructive manifestation of the ruling patriarchy running completely unchecked in the name of greed, power, and control. I am SO ready to be done with this old story. We each may not be able to influence the drama playing out on the big stage but we each can (and must) heal and neutralize any debilitating effects from the patriarchs in our own lives, whether it be a father, father figure, or the patriarchal society that we inhabit. Personally I have been working to release the severely abusive rhetoric I heard from my own father and finally (!) I feel the urgency to be done with that story once and for all. From the micro to the macro. If each of us does our own healing work, we each contribute to the healing of all. Go for the BIG HEAL.
Releasing false self-titles and stories you may be carrying about yourself and others only impedes your ability to break free to your own unique blossoming. Take on the joy of self-discovery, revealing to yourself your own perfect wonderfulness – a beautiful, nurturing way to heal the planet. You have to start with yourself.
Astrology itself is a morphing, growing study that evolves as we discover deeper and more relevant dot-connecting, revealing deeper and more profound interconnected truths. The more we study charts, following real people in their real-life unfolding paths, do we come to understand our connection with all that is. 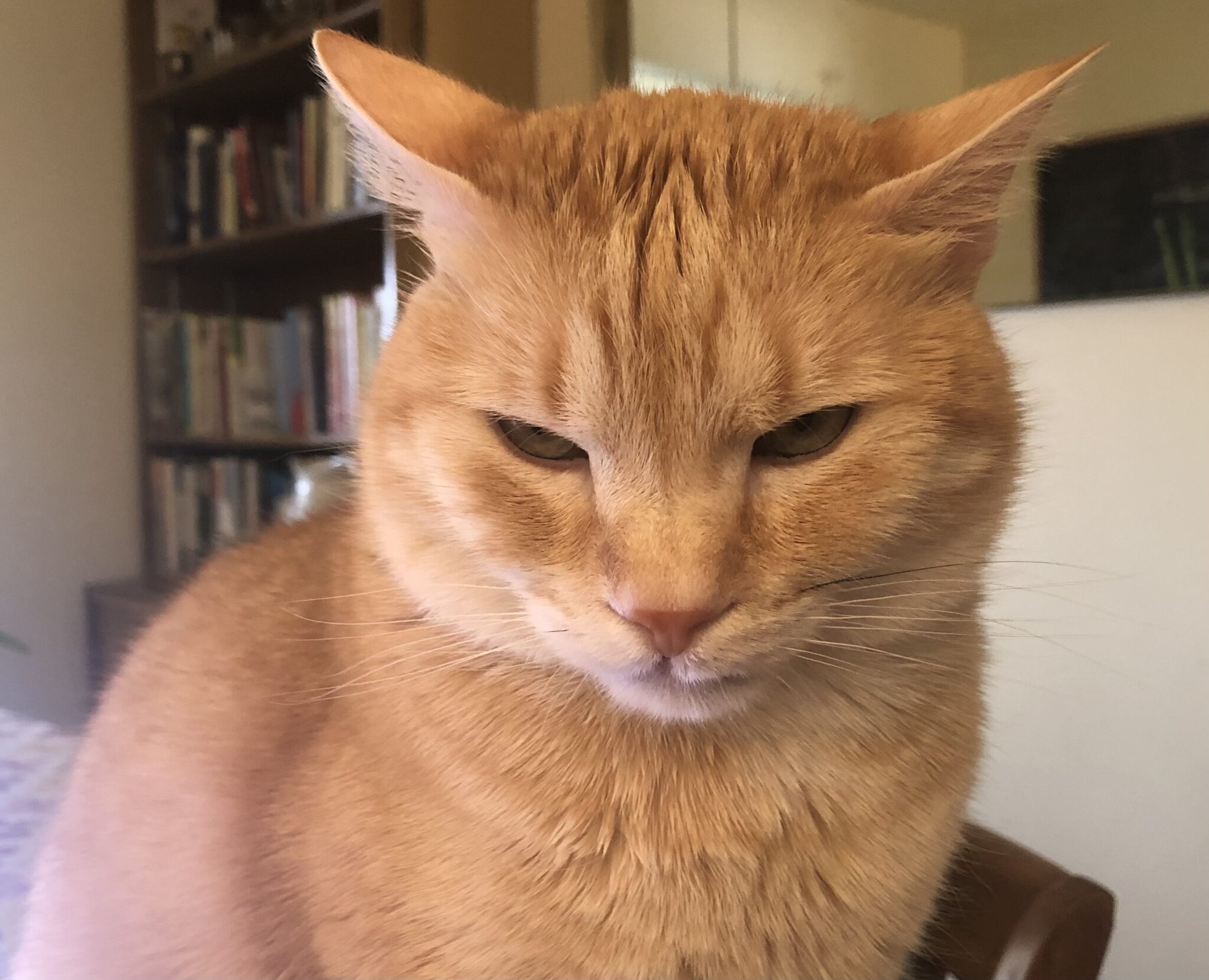 Venus and Mars transit Aquarius: reveal your true self!