When Planets Go Retrograde:
Should I Panic?

The conversation these days about retrograde planets is a perfect example of how knowing just a little bit about a subject can do more harm than good. Even though all the planets go retrograde periodically, predictably, and on their own cosmic timing, Mercury is the one that has gotten the most press. And bad press at that. You can hear people chatting up Mercury retrograde in coffee houses, at cocktail parties, in the produce department at Whole Foods, at business meetings and as buzzy chatter among friends. Mercury retrograde discussions often include an element of dread or panic, accompanied by rolled eyes and anticipatory freak-out. Probably best that the non-astrology-oriented don’t realize that all the planets have retrograde periods, some over the course of many months, or there would be widespread panic most of the time.

If you are one of those people who panic at the thought of retrograde planets, hopefully by the end of this article you will be way less stressed about retrograde planets and more in the flow of their vibration, a natural and to-be-expected process of their own orbital story, siblings to Earth in the family-esque mobile of the solar system.

Think of the solar system as a gargantuan family of stars, planets, moons, and endless numbers of cosmological bodies hurtling through the galaxy at incomprehensible speeds, moving and twirling and spinning about in an ever-expanding frenzy of perfectly executed movement, the grandest dance there is. Now focus on the planets that are our close-knit birth family: Mercury, Venus, Mars, Jupiter, Saturn, Uranus, Neptune, and Pluto.  I can’t say for sure what astrologers on other planets are discussing because the view from their perspective would be entirely different than the view from Earth  but I can tell you that from this perspective here on Earth we are able to watch the movement of our sibling planets and note the effects of their movements on each of us personally and on the world at large.

At any point in time, the planets are moving through a particular degree of a constellation from our viewpoint here on Earth. Over centuries of observation and corroboration we have come to identify certain periods of planetary movement through certain signs with corresponding tendencies and events occurring here on planet Earth. To some this can seem extraordinary and impossible but there are still people who think the Earth is flat and that the Earth was formed in seven days with all the life forms showing up as we see them today. Astrology is probably way outside the confines of that type of thinking. Astrology is an interpretative art based in science. Astrology is not sorcery. Astrology does not tell you what will or will not occur, what you will or will not experience. Astrology is a navigational tool exposing you to the range of possibilities within the quantum field of endless possibilities at a particular point in time, a stage set by the vibrational fields created by the celestial bodies in their movement through a part of the solar system and their relationships with the other celestial bodies moving through the system at the same time. Astrology is a complex, organic art form combining the observations of all who have watched the skies before us and the intuitive download that comes from tuning in to the matrix of the cosmos.

So let’s get back to the retrograde story. Each planet has a predictable retrograde period, all trackable in an ephemeris, a table of planetary movement. It is no surprise at all when a planet will go retrograde and for how long. That part has already been calculated and is available at any bookstore or online. The part that is more complex, interesting, and involves you, is how the retrograde planets interact with your birth chart or the birth chart of a nation. When you start dissecting the interplay of all the planets, in retrograde motion or not, the artistic interpretation of the dance gets fascinating and is up for discussion. I think it’s best to learn your own chart and follow the retrograde periods in your own life. Then you will be able to validate for yourself how any particular planet going retrograde in any particular sign at specific degrees will affect you.

When a planet is moving retrograde it will move backwards through degrees it has already passed. Sometimes a planet will retrograde back into the previous sign it has already passed through. Before a planet goes retrograde or when it is poised to move direct after a retrograde period, it will STATION, meaning that it will hover for up to a few days at a specific degree. When a planet stations its energy is intensely focused in the vibrational energy of that degree of the constellation it is traversing. If you are born on a day when a planet is stationing, that planetary energy is a signature energy for you, dominating your soul path with its vibration. Let’s say you were born when Neptune is stationing. You will undoubtedly have a path of sacrificial service and tremendous compassion for the suffering on our planet. Working on emotional boundaries and putting your caring into action is mandatory for this type or the tendency to depression is very strong. I wasn’t at all surprised when a dear client of mine born when Neptune was stationing in Libra, went to Ghana in West Africa to work in an orphanage. Upon her return she involved her community here in the States to purchase beads and crafts made in Ghana so she could send the earnings back to the orphanage. Classic Neptune station person. To learn more about stationing planets in the birth chart go to STATION.

Anytime a planet is moving retrograde you will experience a sluggishness and slowdown in forward movement. This is a natural, organic process in the orbital lives of planets. To slow down and reflect, to reconsider and think again, to sleep, to connect deeply with your intuitive instinct through practice and meditation, is frowned upon in our 24/7, never-sleep world. Americans are driven enough, almost maniacal in their Martian-driven national personality. Rest is considered lazy, meditation a waste of time, and any time not being productive is practically sinful. No wonder so many of us fear retrograde cycles. It’s so uncomfortable to slow down in our speed-frenzied times. What will you encounter if you slow down long enough to really feel into NOW?

If a retrograding planet hovers over degrees in your birth chart where there are planets or significant points in your chart (mid-heaven, ascendant) you will feel the impact of that planet way more than if nothing in your chart is being stimulated. That’s why a Mercury retrograde period can be living hell for one person and a summer breeze for another. You have to know your chart in order to understand the potential inherent in a retrograding planet. 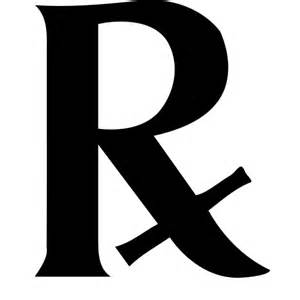 Retrograde glyph: prescription for working with the retrograde planet

The glyph for retrograde is the same symbol Western medicine uses for “prescription”. In the beautiful retrograde times of reflection, contemplation, revisiting what you have created and experienced when that retrograding planet first visited those degrees of a sign, the prescription is the same: connect with your intuition, your own personal internal navigational system, your higher guidance. Do this by developing your intuition and increasing the time you spend in meditation. Don’t meditate at all? Begin with just 5 minutes.  See for yourself how much you can expand into your own knowing and glean for yourself the gift of the retrograding planet in your personal reality through meditation.

Know that you’re intuitive but don’t know how to work the dials? Learning to work with your intuition is like any other skill – you have the innate ability but you need to spend time training in order to become more masterful at your skill. John Corsa’s Reclaim Your Intuition audio course is the perfect place to begin or continue your intuitive training.

Feeling a little better now? It’s amazing what a little clarification and addressing the fears can do for us! No need to fear retrograding planets. Best to know what planets are retrograding, when they are retrograding and how those retrograde periods are working specifically in your chart.

If you have any questions or if you'd like to reach out for any reason, don't hesitate.