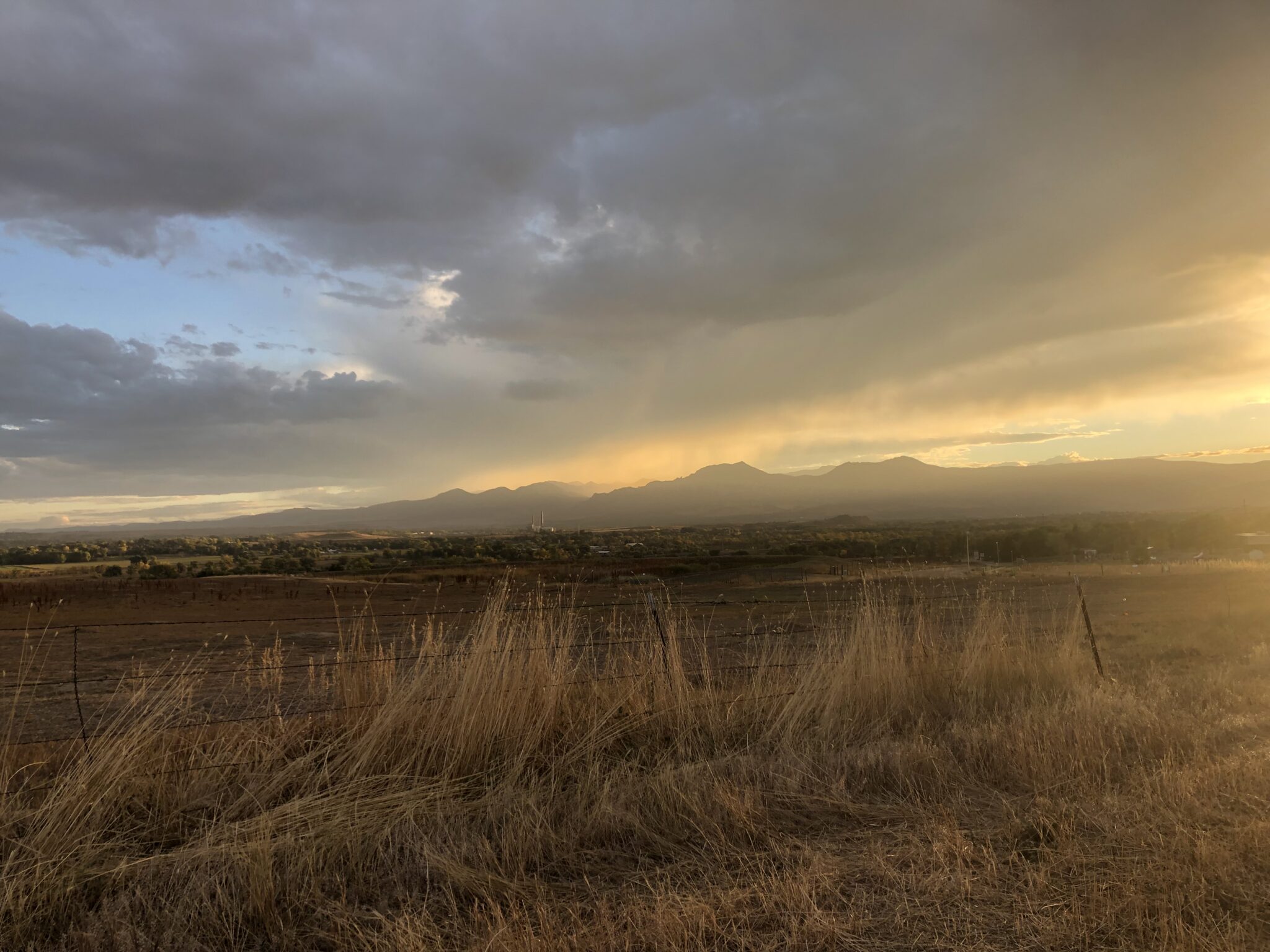 Perhaps you have been feeling the rush of shifting energy as autumn rushes in with rain, snow, wind, lightning – the dramatic dance of the heavens as the days grow shorter and we prepare to go inward to feed and nourish our inner selves, the nest of our own rest.

Here’s what’s happening with the planets in this month of movement and re-orientation.
Saturn and Pluto have already left their retrograde mode and are slowly but surely moving forward.
Saturn is at 6 degrees Aquarius moving to 7 degrees on October 24.
Pluto is hovering at 24 degrees Capricorn all month.
Both Mercury and Jupiter will be stationing direct on October 18.
Mercury stations direct on October 18 at 10 degrees Libra.
Jupiter stations direct on October 18 at 22 degrees Aquarius.
In case you forgot or maybe never knew, when a planet stations direct it means that a planet that has been moving retrograde seems to stall for a day or a few days or longer and then begin forward or direct movement. The farther the planet is from Earth the longer it will stall at a degree. The impact of that planet’s influence is strong when it stations, an intensified focus of directed influence.
By the Full Moon on October 20th Mercury, Jupiter, Saturn, and Pluto will all be moving forward, leaving Uranus and Neptune still in retrograde motion.
Neptune will station direct on December 2 at 20 degrees Pisces.
Uranus will station direct on January 18, 2022 at 10 degrees Taurus.
Venus will begin her retrograde movement on December 19 at 26 degrees Capricorn.
Venus will station direct on January 29 at 11 degrees Capricorn.
So…2022 will open with both Venus and Uranus retrograde but by the end of January all planets will be full speed ahead. Whew.
If you like to keep track of the planetary movements you can jot these dates down in your calendar. Or you might just feel into the energy and then check in for validation as the planetary energies twirl and spin and stimulate or restrict or do nothing at all to your own experiences. Where these planets fall in relation to your birth chart will show you exactly where and how you are being affected by the planetary vibrations. 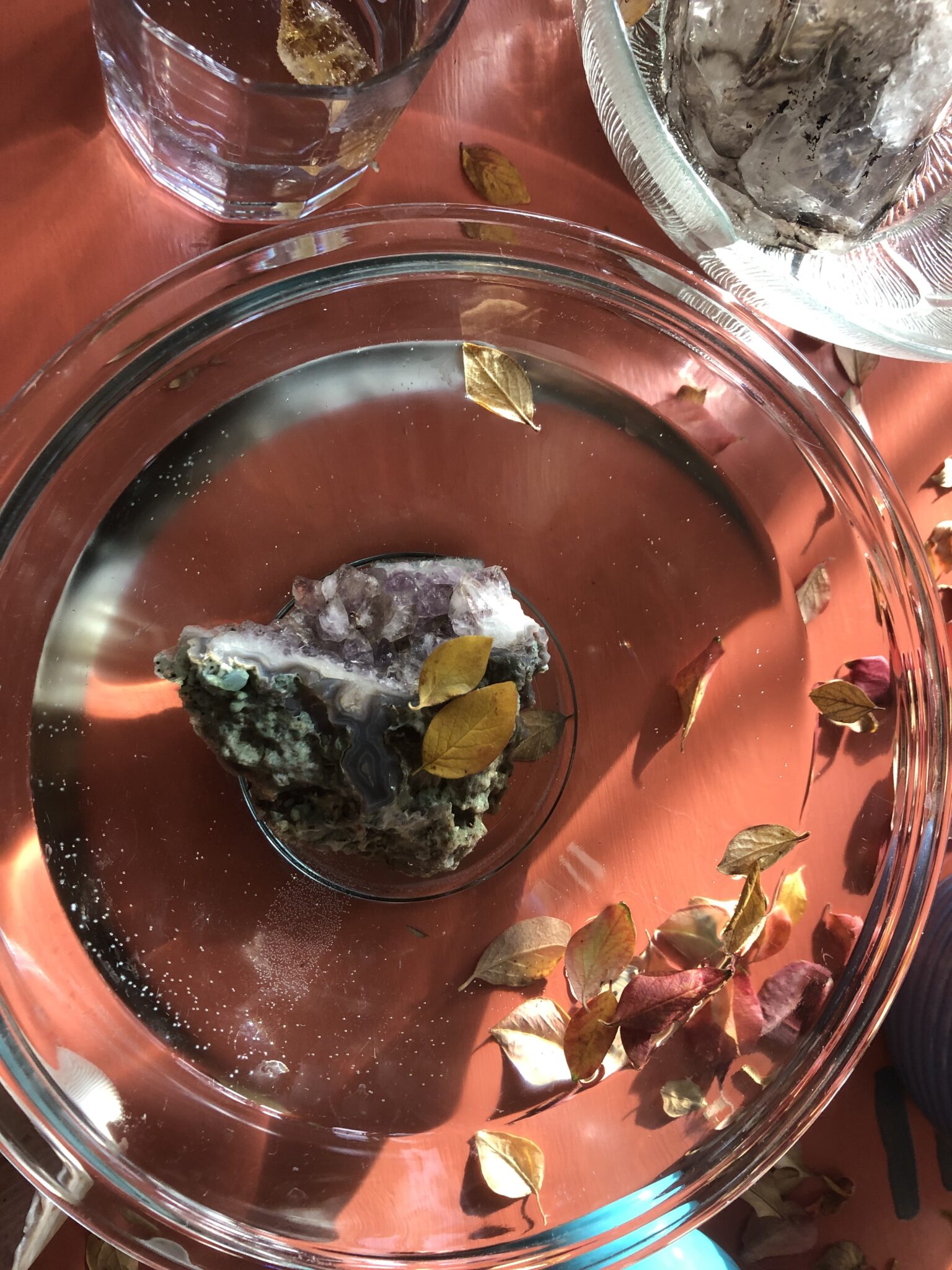 Retrograde planets slow down our experience.
Forward-moving planets create potential for movement, opening energetic pathways that were sluggish or blocked completely when the planet was in retrograde mode.
Many people I have spoken with over these past few months have reported feeling unclear as to how to proceed, slowed down. Some said they had a feeling of nothingness. This is to be expected and even cherished. Like shavasana at the end of a yoga class, the integration of energies requires you to be still, to lay quietly, to allow the energies to do their magic on you and with you. I see retrograde times as times of necessary rest and slowing down so…if you resonate with these feelings…you’re in exactly the correct mode. If you’re fighting the slowdown, impatient for things to change (and really, can anyone blame you?} this is the PERFECT OPPORTUNITY to give yourself a rest, to stop hounding yourself to be more together, or clearer, or more productive.
A great time to give your crystals a cleanse. My amethyst is enjoying a bath scattered with autumn leaves. There’s a smoky quartz behind it and a citrine off the left. We all feel better after a salt bath! 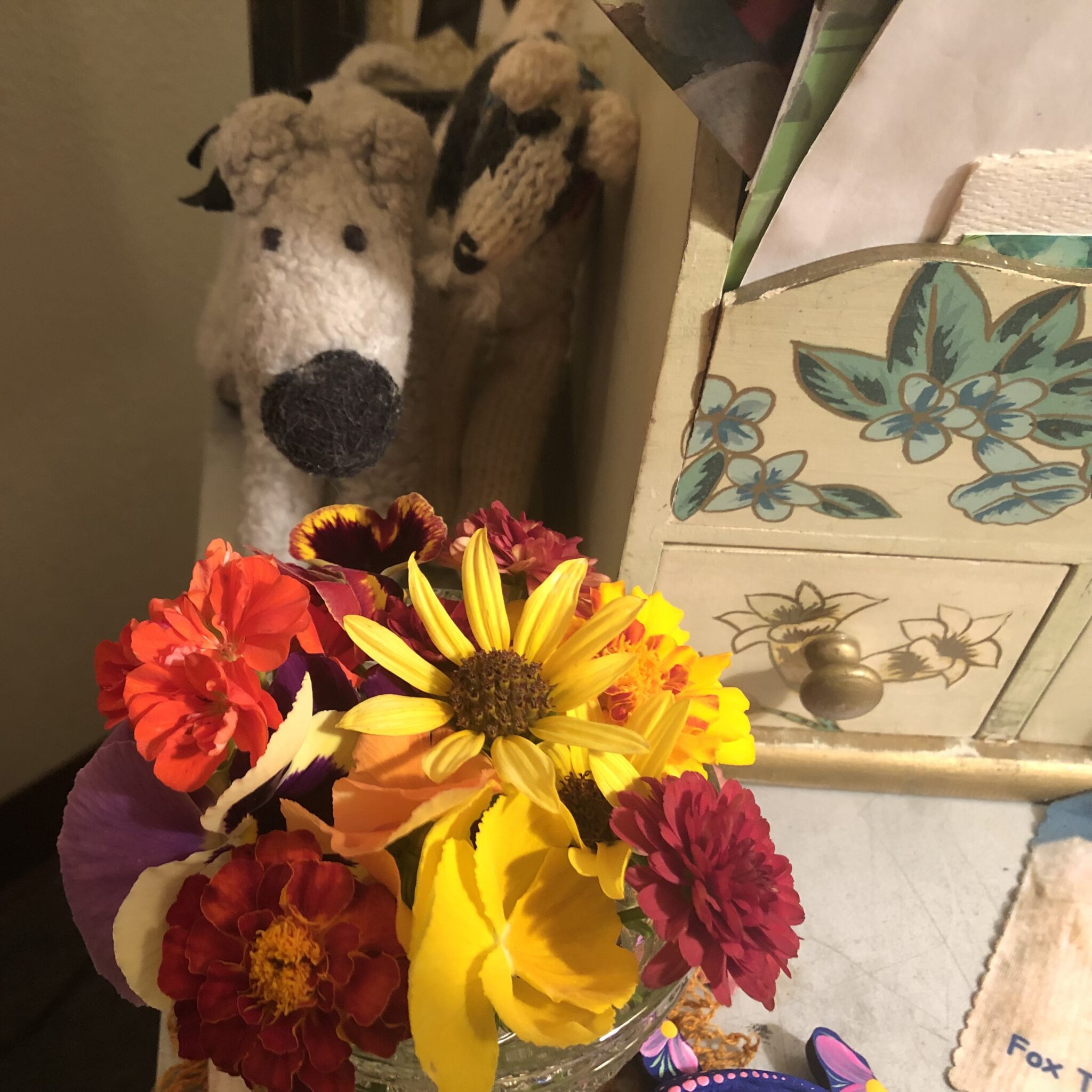 Procrastination seems to also be predominant int eh field of consciousness right now. Procrastination and I go way back. Sometimes I come up for my morning tea and procrastination is already munching on scones at the breakfast table. So, at least knowing that so many planets have been moving retrograde, I forgive my procrastination and KNOW that as speed starts building I will finally learn to edit the many flower videos I have already created and get them uploaded at last onto my

youtube channel.
Everything in its perfect time, in divine timing. I have to remind myself constantly.
Apples in autumn. Trees overflowing with food to sustain us through the winter months.
Be like the trees the butterflies tell us.
Rejoice in the timing that is right and good and true for you.
amethyst, citrine, crystal cleansing, Etsere, Full Moon, Jupiter direct, Mercury Direct, Mercury retrograde, Neotune retrograde, Pluto direct, procrastination, Saturn direct, smoky quartz, Starry Blessings Atsrology, stationing planet, the Flower Channel, Uranus retrograde, Venus retrograde