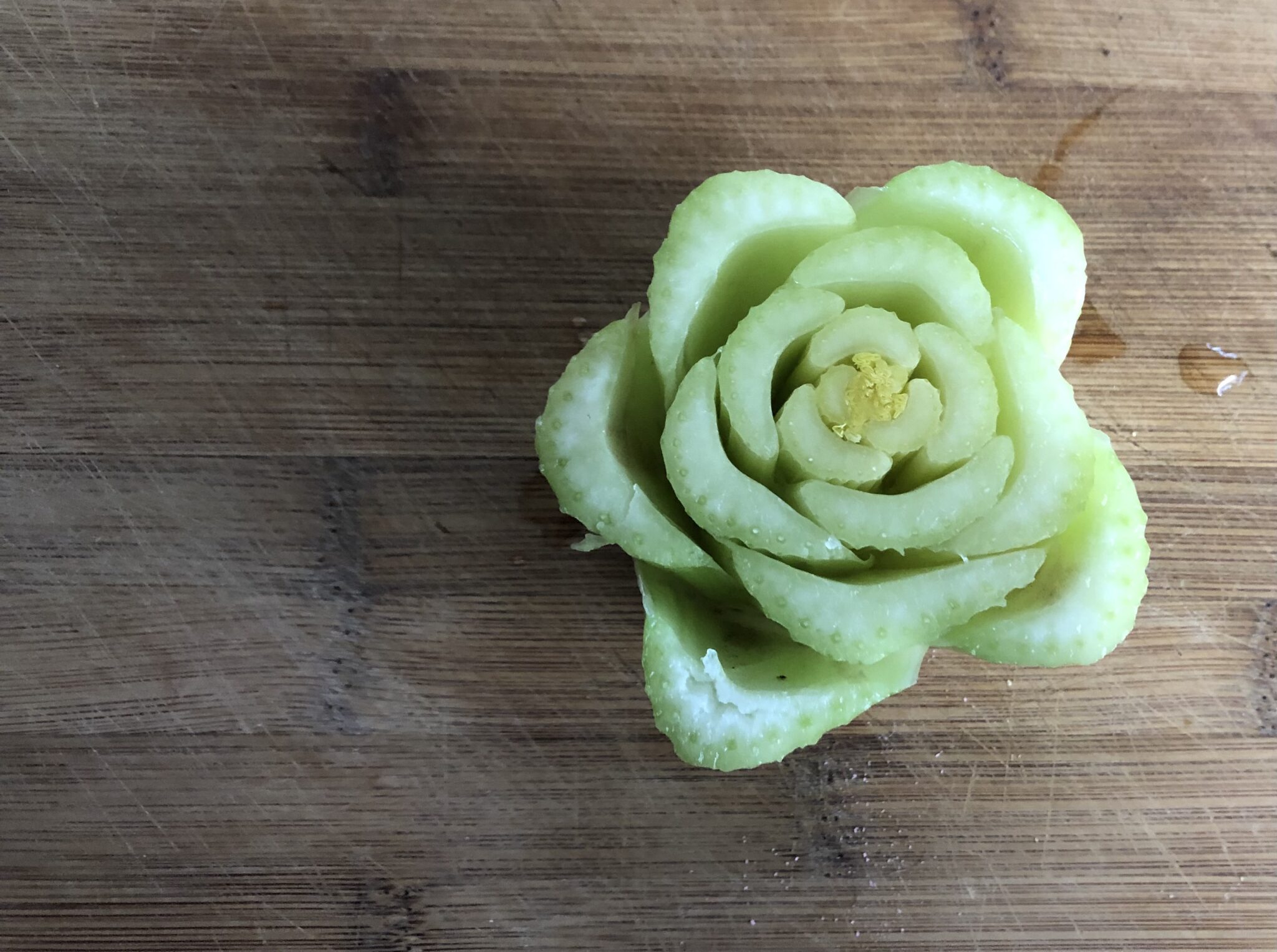 Still processing what has felt like getting caught in the heavy duty cycle in a washing machine, ringing myself out, putting myself out to dry, and appreciating the winds of change blowing through, leaving me a bit more worn for the surprise attacks (Saturn in Aquarius squaring Uranus in Taurus hitting a cluster-you-know-what of planets in my 8th house so I’m not surprised but still it has not been easy), I find that the best thing to do as the wind blows and I am trying to get myself fully grounded is to cook. The celery faeries revealed this flower tucked away in the base of the celery, exposed when trimmed for my veggie soup. A wonder in the stillness. When the winds are blowing get out of the wind and look to simple pleasures.
Speaking of winds…. It looked like there were some wild winds and way below freezing temps outside of Beijing for the Olympic games, delaying the men’s downhill mogul skiing, which, by the way, is insanely insane and totally thrilling. The cameras flashed to the skiers sitting around playing cards waiting to be called when the runs were open. I think of all the footage I have ever seen at the Olympics this was my favorite of all. Superhuman athletes, men in their fittest and most spectacularly testosterous iteration, were really just humans after all – hanging out, playing cards, waiting for their turn in the spotlight of the games. These athletes are the ultimate expression of Mars in their drive, their passion to take risks and push their physical bodies beyond unknown challenges, living in states of courage that boggle the mind. Saturn also plays a huge part in the dedicated athlete – endurance, commitment, following a strict regimen, holding the goal of success as inevitable. You have these planets playing out in your chart as well, expressing their energy in your unique way. Knowing where your passion, drive, and commitment play out in your life can help you more deeply understand and appreciate yourself, supporting you in elevating and enlivening your gifts. 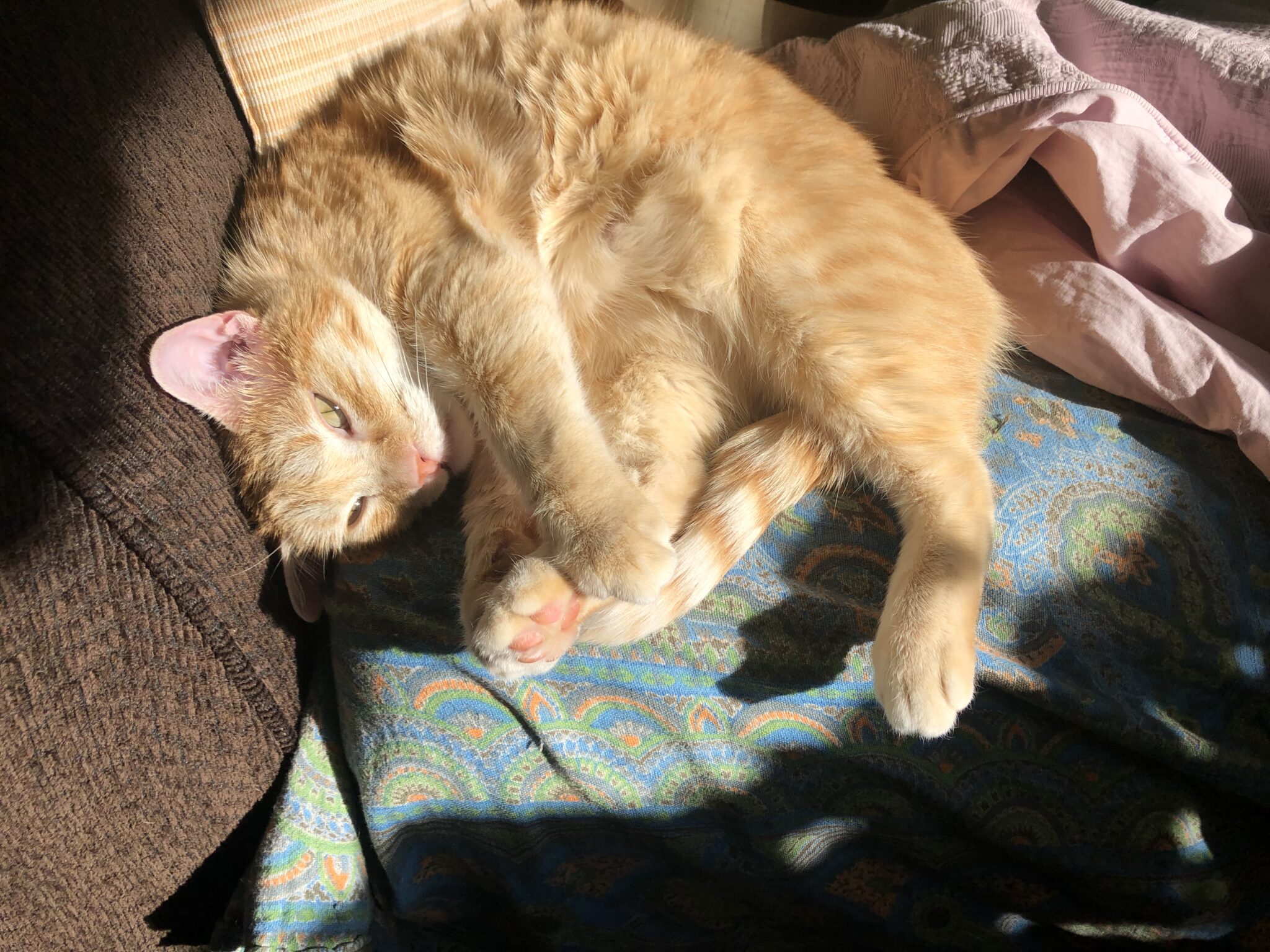 The Venusian Imperative – nurture yourself with rest

With the Venusian imperative entering the sports scene we are also witnessing group joy at any accomplishments and a desire to support all in achieving their personal best. If you missed the women’s free-style snowboarding – catch the ending of that and see what I mean. My heart rejoiced as I’m sure so will yours. Evidence of the shift of human consciousness – in the right direction. The Divine Feminine – she has arrived. Prepare for much connection and a rise of yummy LOVE in previously lacking places. More on the new energies of LOVE at ILLUMINATIONS.

Mercury has finally moved Direct in the last degrees of Capricorn, re-entering Aquarius on February 15. Mercury joins all the other planets who are also all moving Direct until April 29. Pluto will station retrograde on April 29th, preparing for its yearly 5-month retrograde period. Mercury will station retrograde on May 10. So until then it’s baby steps moving forward. I say baby steps because Jupiter will still be transiting Pisces until mid-May; the fog is dense and heavy in the areas where Jupiter is transiting your birth chart. Use your INTUITION to guide you through the fog. Deception can be quite deceptive.

Take advice from Arthur: catch a snooze whenever the feeling grabs you. These times are pretty exhausting. The planets are working in your chart all the time, triggering opportunities for growth. Being in the astro-know is enlightening for being
in the NOW! And where else would you be?
You don’t ever stop learning about yourself. The more you know yourself, the more appreciative and compassionate you can be with yourself, opening up to a whole new level of grooving on you. YAY! Groove on YOU!